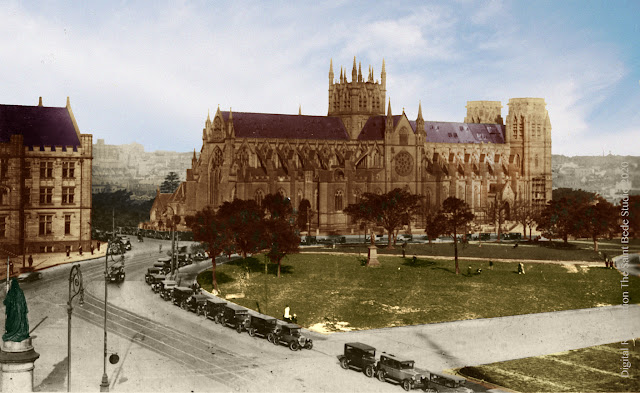 Between 1913 and 1928, the construction of Saint Mary's Cathedral, Sydney, was continued and more of William Wardell and Archbishop Polding's design came into existence, even though both men were long-since dead.
The nave of the Cathedral was completed, terminating in the magnificent southern facade with its twin-towers.  The photograph above shews that work during its concluding stages in 1928.
The photograph below is a similar view taken 8o years later.  By then, trees in Hyde Park had grown considerably and the twin towers of the Cathedral had been crowned with their splendid spires, constructed exactly to the design of Mr Wardell. 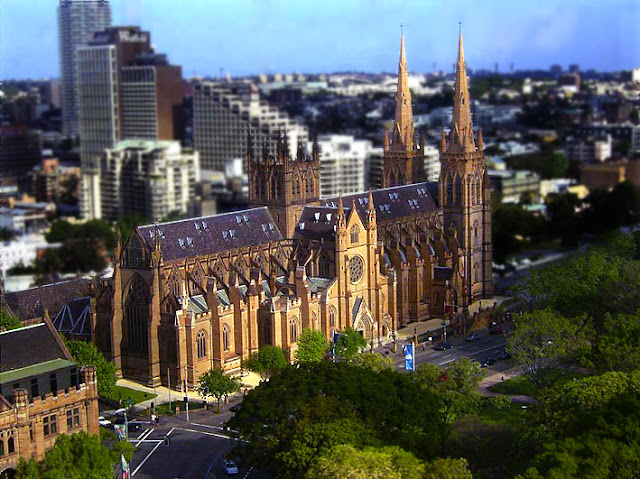