During the forthcoming Season of Lent, we will regularly be publishing extracts from the Lenten Letters of Archbishop Polding, which were written over the forty years of his ministry in Australia. 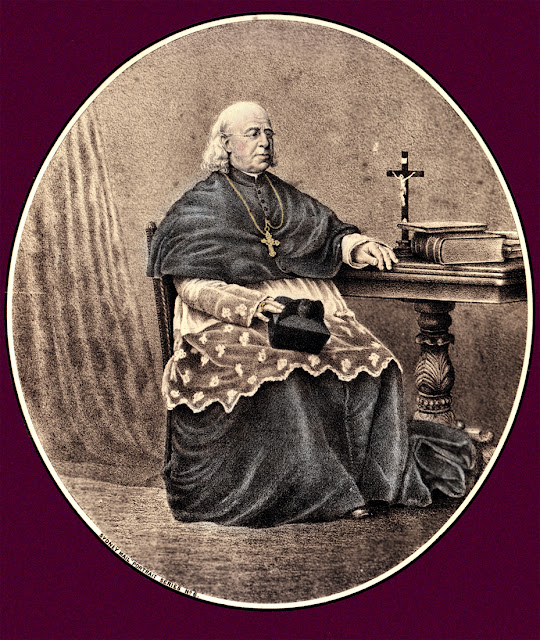 "Each time he [Archbishop Polding] wrote he tried to draw his audience closer to God, to encourage upright human conduct and to counter evil, sin and the false ideologies which challenged God’s presence in Australia.  His letters present a consistently based view of the state of religion and of private and public morals in Australia throughout the crucial years of the nineteenth century."

From The Eye of Faith, the collected pastoral letters of Archbishop Polding.


NOTES
The Eye of Faith was printed by the Lowden Publishing Co., Kilmore Victoria in 1977.  The editors were Gregory Haines, Sister Mary Gregory Foster and Frank Brophy.  Special contribution to the volume were made by Professor Timothy Suttor and James Cardinal Freeman.

The engraving of Archbishop Polding was published by the newspaper The Sydney Mail in the late 1860s, based on a contemporary photograph.  The engraving has been digitally enhanced by the Saint Bede Studio.